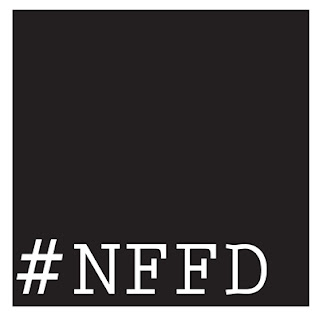 Well, we're just one month away from the Day itself, and what better time to announce the longlist of stories selected by our judges from this year's Micro-Fiction competition.

These are the stories which were voted most highly by a consensus of the judges, making them the best stories out of the over 500 entries we received. Congratulations to those listed below, and to those who didn't make it: thank you for taking part and supporting National Flash-Fiction Day. Competition was fierce and we hope you will try again, and possibly take part in the other NFFD activities.

And so, with no further ado, in alphabetical order, here is the longlist:


‘A One-Word Yet Possibly Longer-Than-Necessary Personal Essay Dedicated to My Soon-to-Be Ex-Boyfriend Who Doesn't Believe Me When I Tell Him I Can Write Something This Short That Sums up Everything There Is to Say about Our Relationship, Our Future Together, and His Allegedly Legendary Sexual Organ’ by Ingrid Jendrzejewski
‘Absence’ by Richard Holt
‘Always One’ by Tracy Fells
‘By ear’ by Sharon Telfer
‘Christmas’ by James Watkins
‘Energy Efficient, Extremely Slim, Easy to Install’ by Ed Broom
‘Epidemic’ by Alice Ruth Pickersgill
‘Flounder’ by Joanna Campbell
‘Gone to War’ by Frances Gapper
‘Illumination’ by Judi Walsh
‘Jessie Learns How To Keep A Secret’ by Alison Wassell
‘Notes’ by Elaine Marie McKay
‘Past Caring’ by Freya Morris
‘Play away’ by Linda Grierson
‘Saved for Later’ by Jonathan Pinnock
‘Send Later’ by Adam Trodd
‘Somewhere in between we all must choose. Enough diesel to move frontways or Limp back to Dada. Make the choice. He’s waiting with his fingers curled tight. ’ by Caroline Grebbell
‘Storm’ by Gemma Govier
‘Swing’ by Chris Connolly
‘The Birth of the Baptist’ by Fiona J. Mackintosh
‘The Cartographers’ by Jon Stubbington
‘The Father of Octopus Wrestling’ by Frankie McMillan
‘The Jumper’ by Anne Patterson

Congratulations again to all who made it through. We're collating the final results now, and hope to announce the winners and runners-up later today.

Sleep is a Beautiful Colour